July 2010: the first summer holiday as a student, just before going Erasmus to Porto.

The Faculty of Journalism and Communication Studies imposed students to have a summer internship. Perfect, that’s how it should be – you’d say – but for a quality experience you needed to cater to your own needs, otherwise good chances you’d just end up in some state institution with the only outcome – a signed paper, but no experience.

Hence, I asked my dear friend Gabriel Savulescu to help out. He was working in the Graphic Design & DTP department – for the entire Adevarul Holding Group. It wasn’t difficult to get an internship at Adevarul de Seara. Mainly, I was in charge with writing small columns, mundane stuff, and once per week – the joy – the spare time spread. I was so enthusiastic to be able to write that part, that I wasn’t so happy to share it with my internship colleague – Madalina Belciu. She was – pardon, is! – a great gal, rock-n-rolla, down to Earth, no artsy-fartsy-flimpsy type of girl, but even so I would have much liked to keep the entire material just for me…  19-year-old vanities.

I had just got my baby – that is my Nikon D90 – and I was proudly taking it with me at the office, just to make sure my colleagues & mentors know I could also help with photography, not just writing. And the strategy worked! One day, when  all photographers were on field, I was asked if I could join the reporter to meet and interview a man attacked by a bear. The joy! I could actually be of real use, they trusted I could take those photos, it was what I had been hoping for. 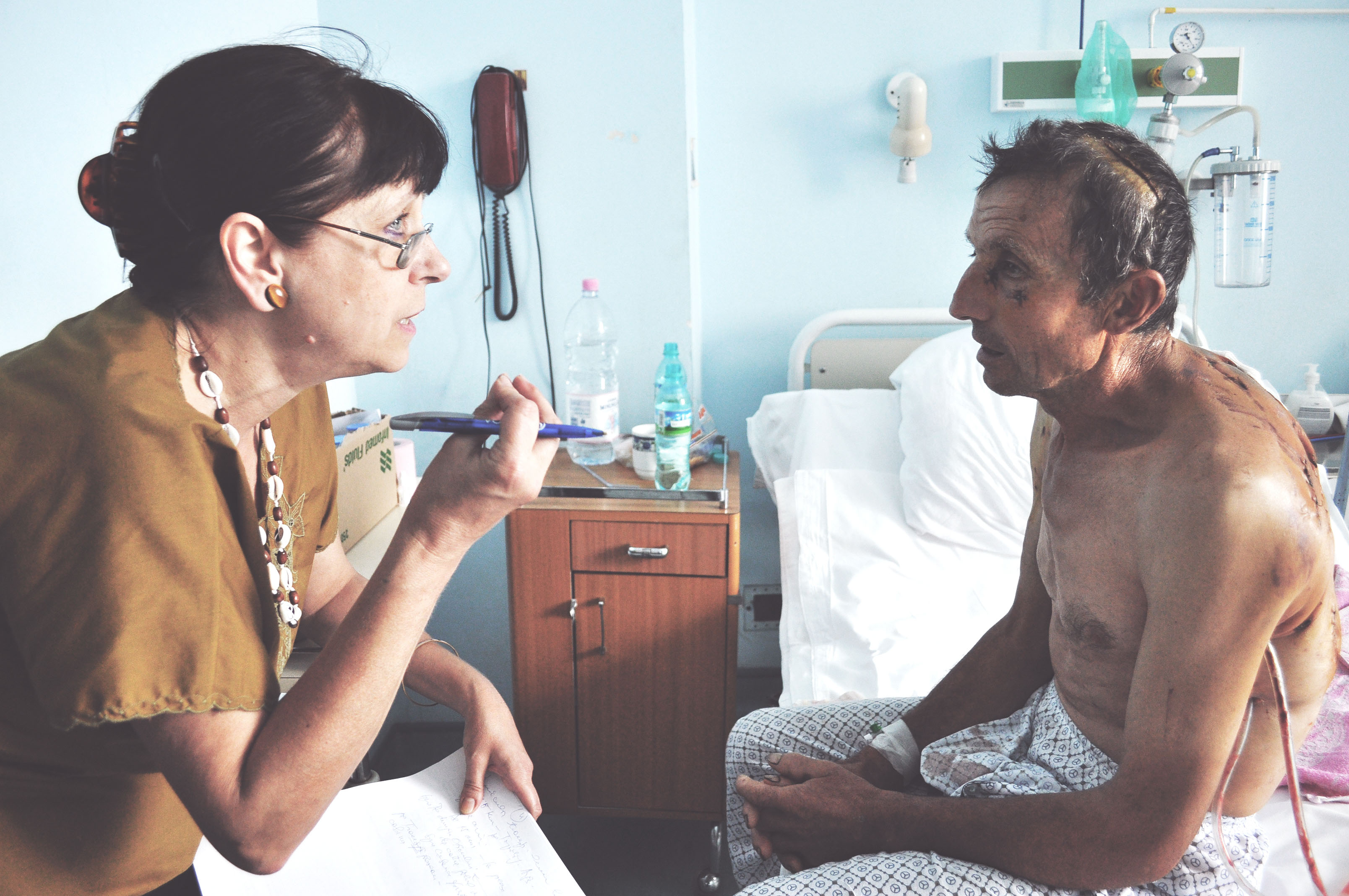 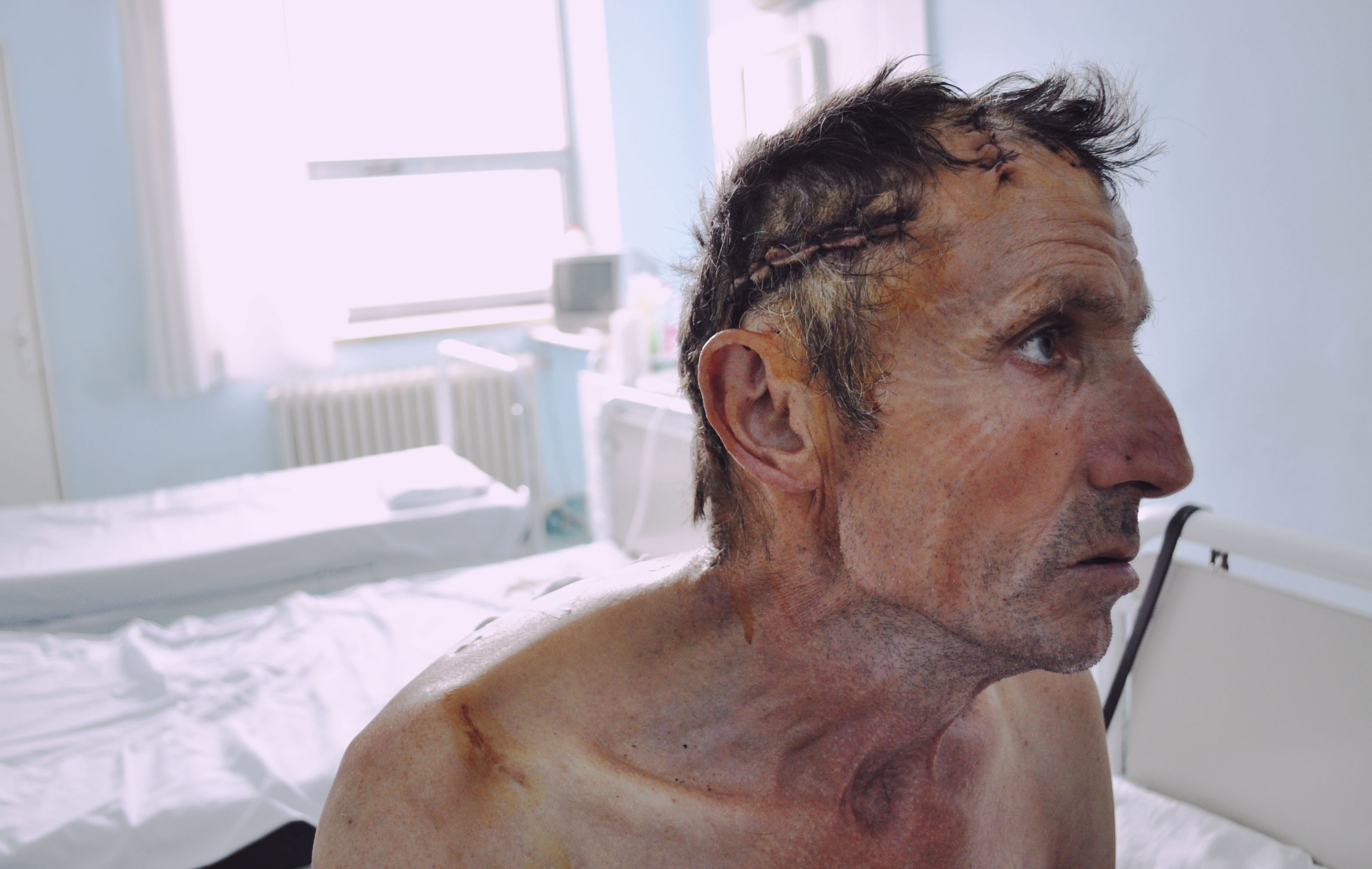 We got to Municipal hospital with a driver, and I just followed the experienced lady reporter through. Again, as always, too shy for the role I was there for. I wished to catch glimpses of the hospital, of the nurses, it felt like nobody cared we were there, for sure we disrupted their schedule, but I didn’t dare. I just went in the salon of our patient and did the job I was there for.

In short, we met Nea Costica who had been bitten by a bearess. It wasn’t his first encounter with bears, but this time the bear was with her cubs and the man wasn’t fast enough to play dead. Instead, he grabbed a stick and tried to hit her, making her really angry. That end up with the bearess biting his head…luckily she didn’t tear him open! He pretend to be dead, which made her abandon him, and cover him with soil & leaves.

What impressed me in his story was the way this man accepted the situation. He wasn’t scared, he wasn’t terrified, he was happy, smiling, content to be alive. He would still go out in the woods, he still loves animals as much as always. He had just learned he should have played dead earlier.

Years after, I see this story nothing but tragic – an inspiration, a joy to remember. Let’s all be like Nea Costica – understand, accept, learn from our experiences. 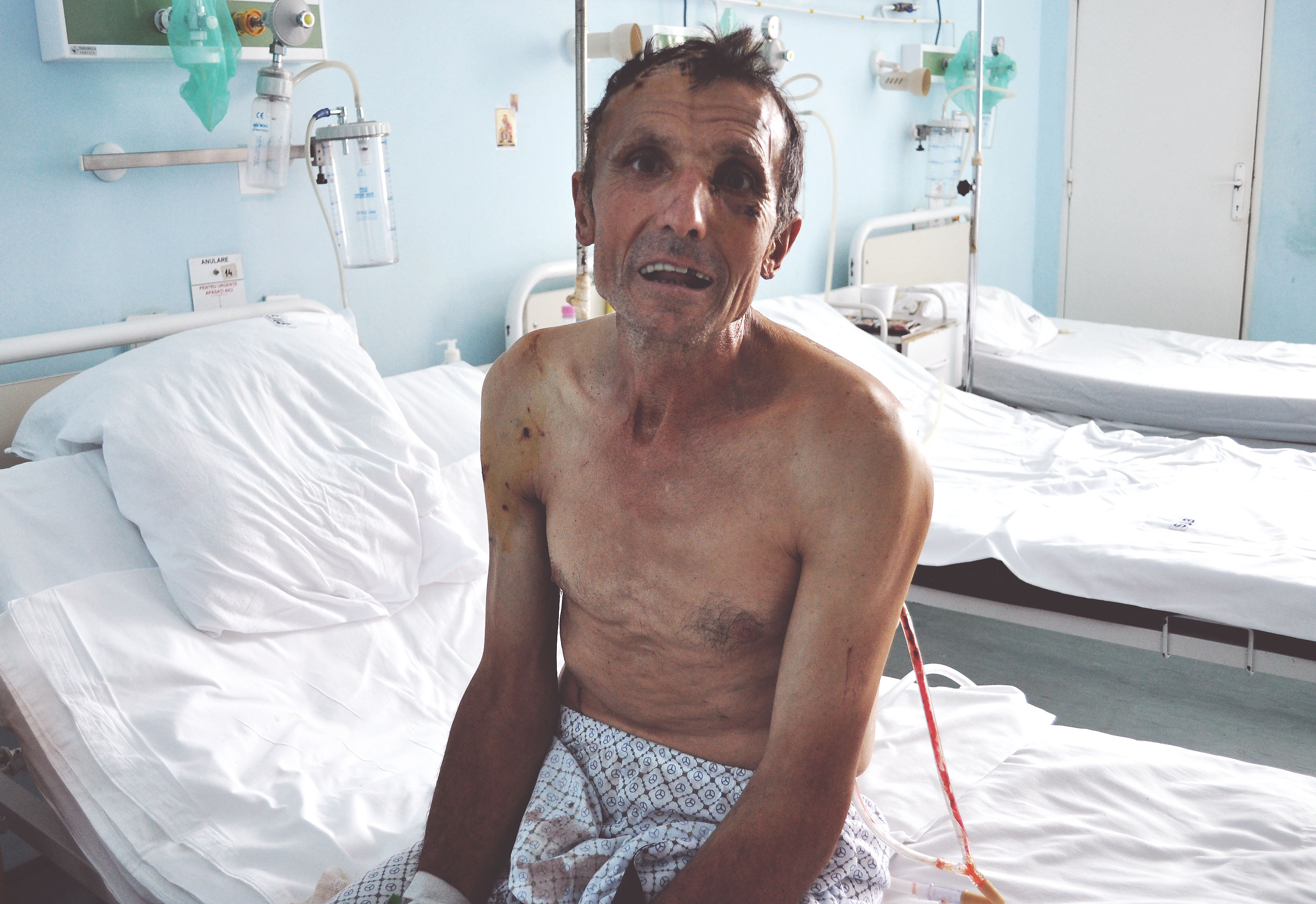 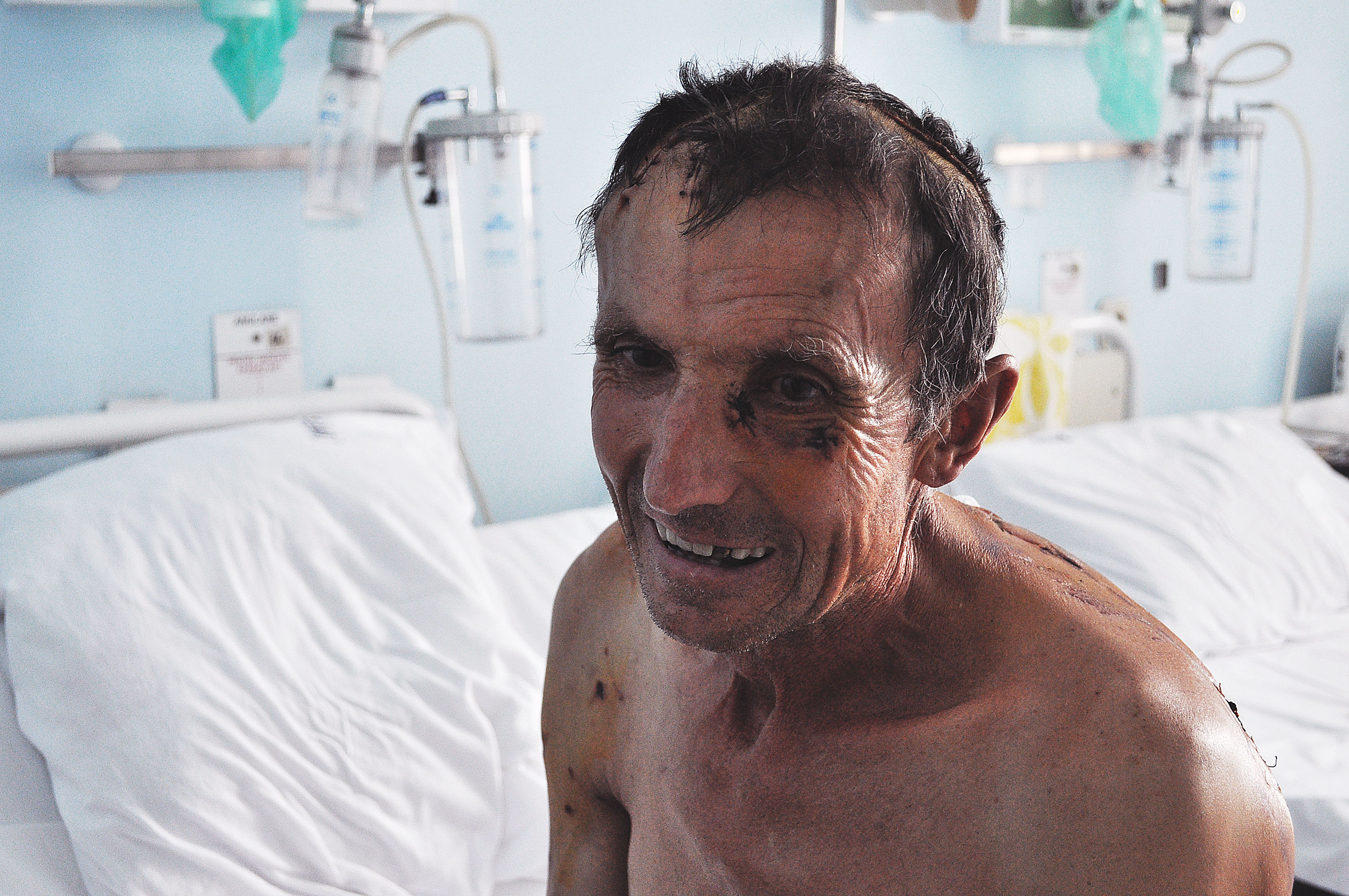 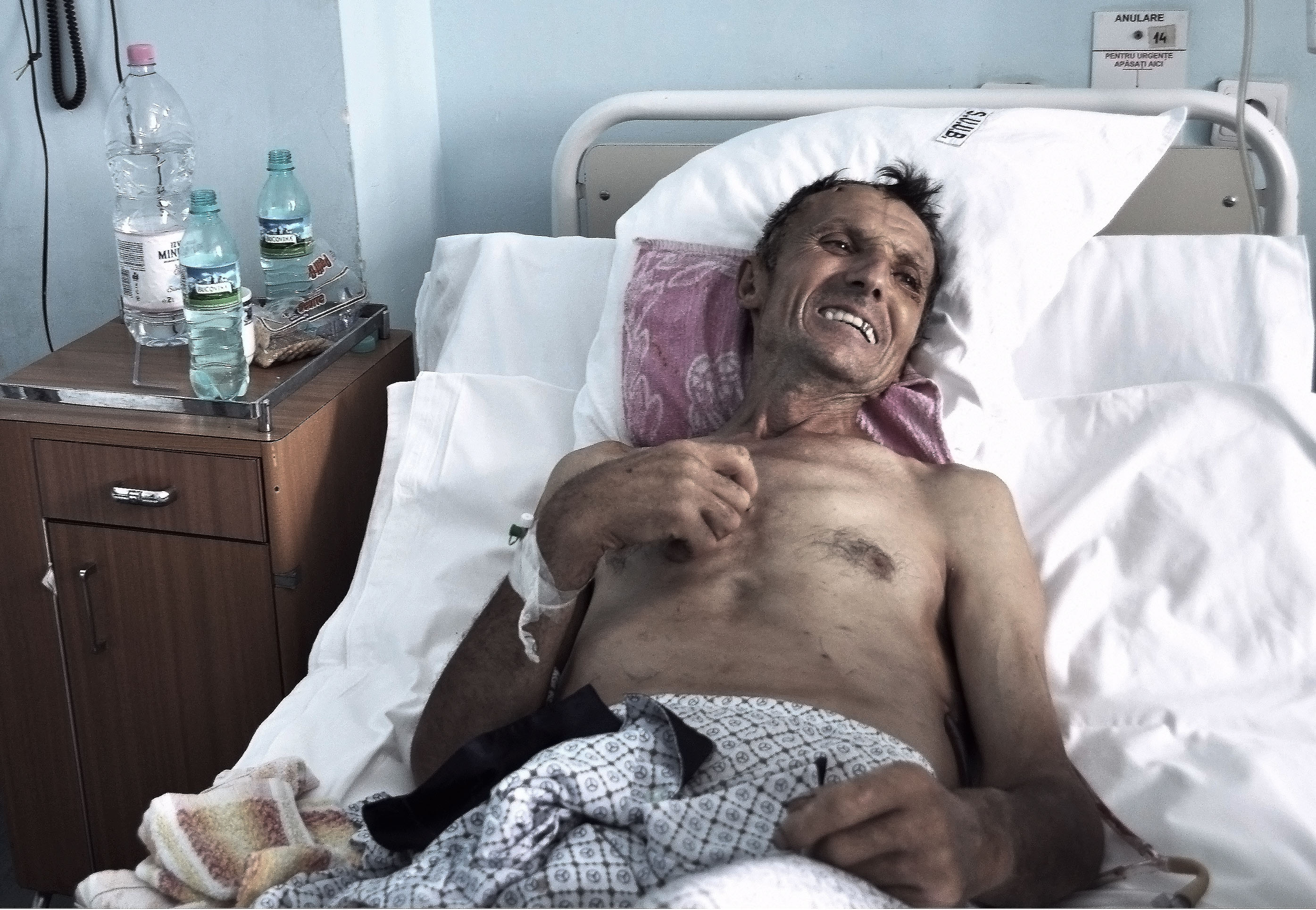