WebSummit is a humangous conference and you definitely need a clear agenda for going there – will it be for certain key notes? Will it be to find a job? Will it be to get new business partners?

I’ve tried to surf a bit on each of these waves and I’ll get back with an overview and tips for the entire experience. But let me start with the favourites!

Lars Silberbauer from Lego was by far the key note that inspired me the most. Yes, more than Al Gore. Sophia the Robot, John Hegarty and other inspiring people were only panel speakers, which is quite a different thing for me.

Lars, Global Senior Director of Social Media & Video at LEGO, had 2 key notes at WebSummit 2017. I just saw one of them: „Leveraging the Creative Power of Communities”. The other was „The secrets behind the Lego brand” – but intuitively I believe those principles were already quite transparent from the first talk.

First, a few starting points on the LEGO brand: 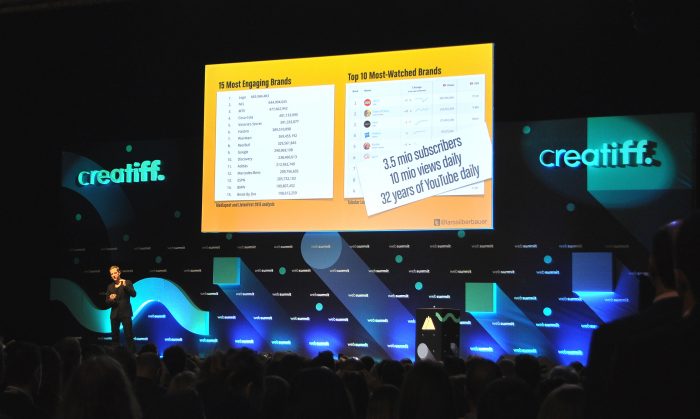 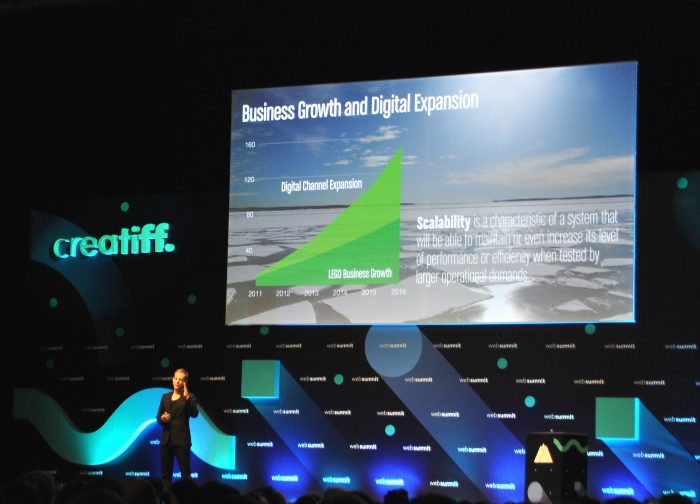 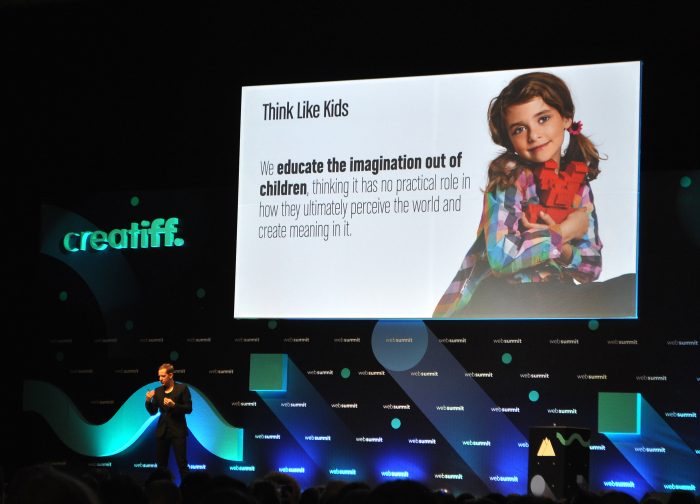 Kids have a tremendous creative force, that we diminish or totally kill through education more often then not.

We spend a lot of time analysing the past or predicting the future but too little time creating. We should be learning to be creative again from children. 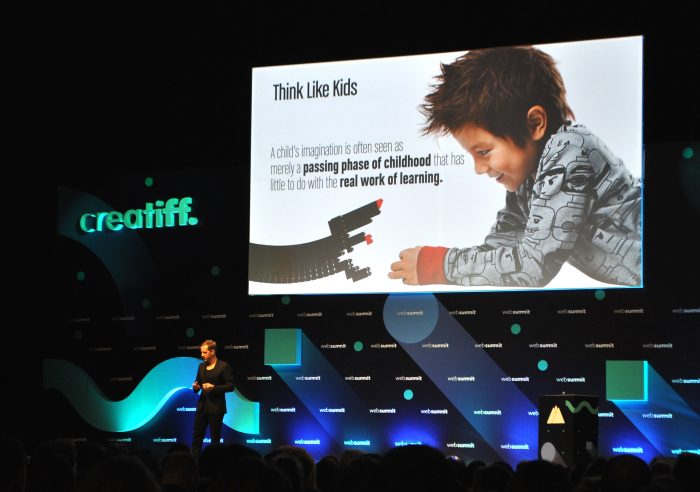 2. Focus on the mindset 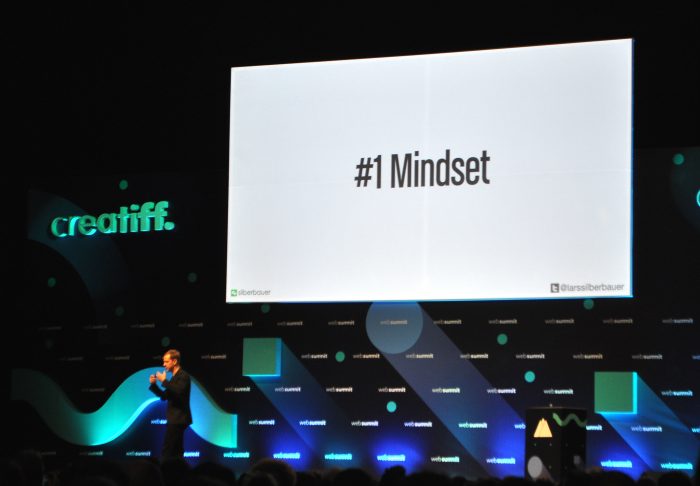 Dare to bring imagination live. Take the PLAY mentality whatever you do.

You can’t tell people to play, you can just inspire them to do it.

3. It’s not scalable to manage a lot of conversations going on in Social Media. 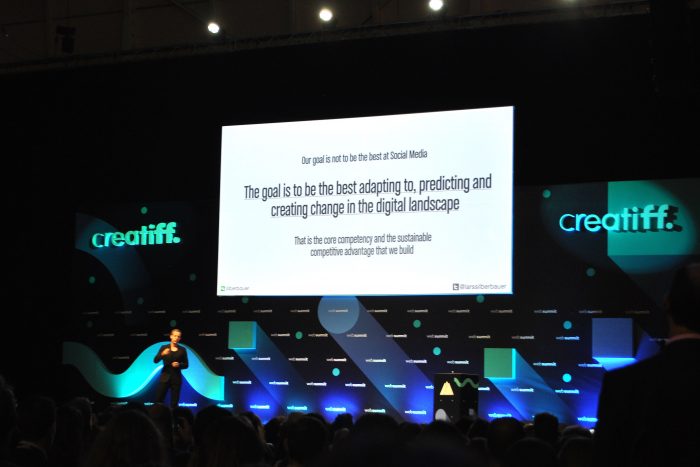 So instead of being the best at social media, build relevant apps and show up when people actually listen. 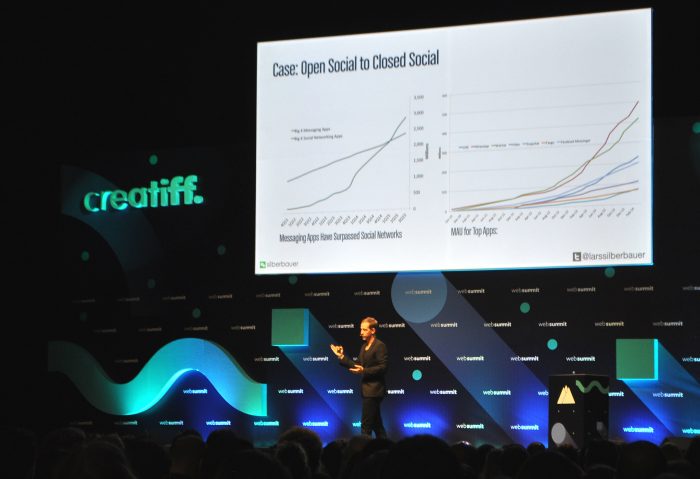 LEGO made a series of Lego-like gifs, emojis and bots to allow users to digitally play with their product and integrate it in their online conversations seamlessly. 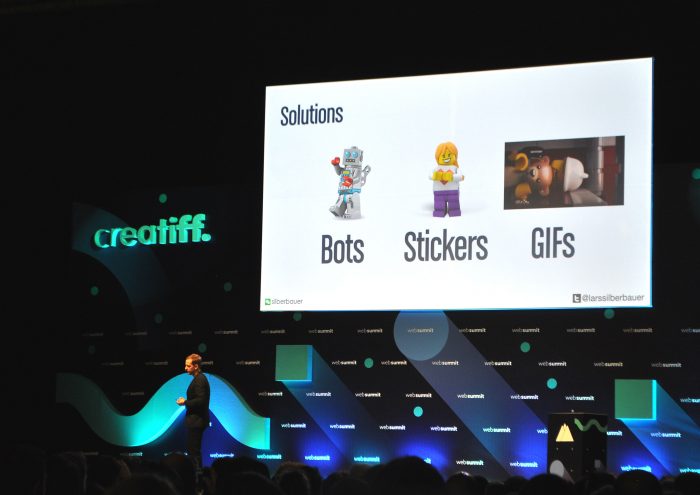 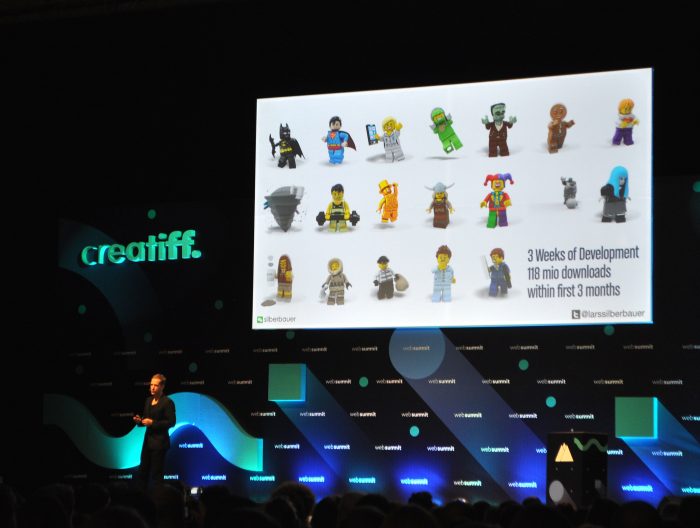 Adapt your creative to the platform: 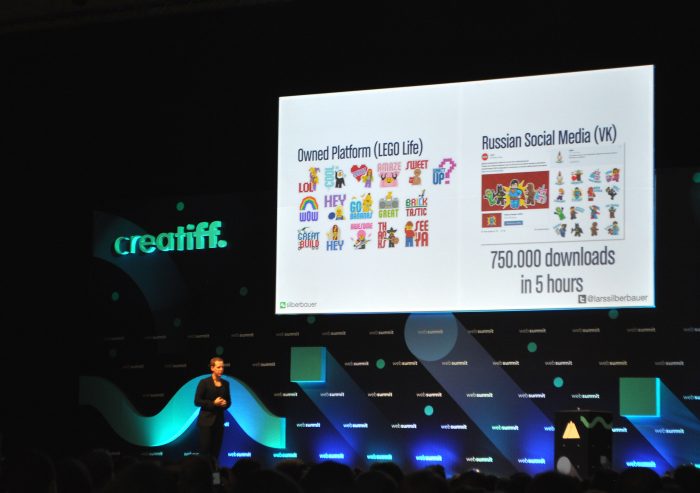 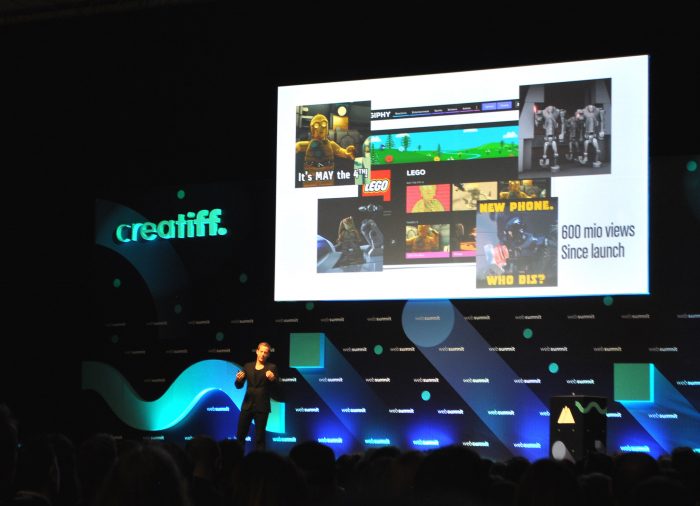 Data is important but everyone should understand it! 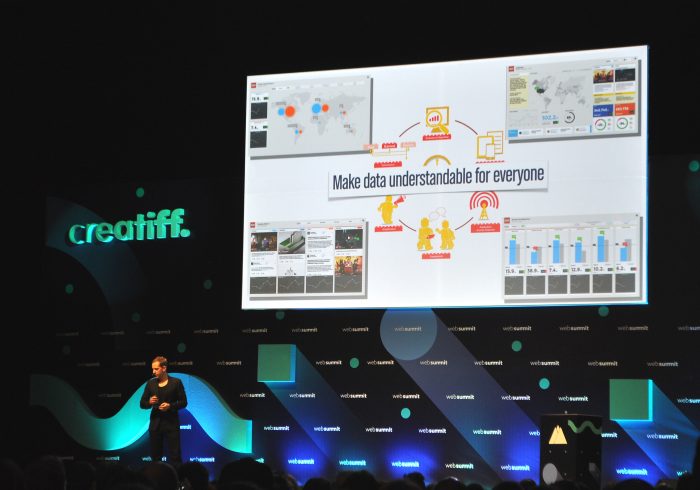 4. Bring diversity in your team.

If everyone is going to be like you, you will be blindsided. Empower your team! 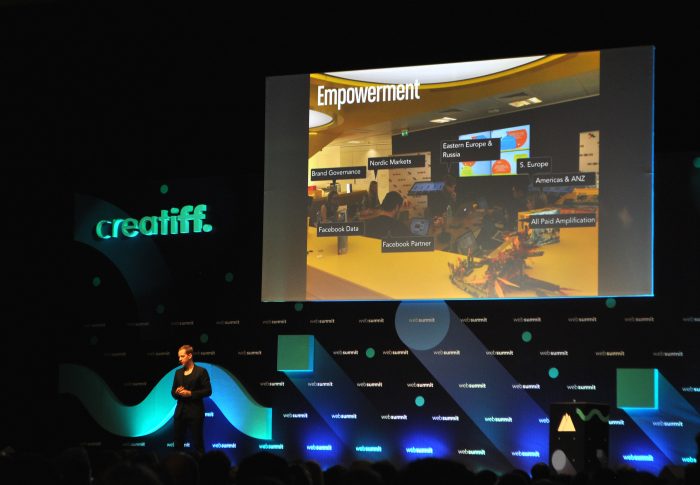 5. Instead of building a campaign, build a stage… just as kids do when they play.

“I don’t believe in campaigns, they belong to the past.” 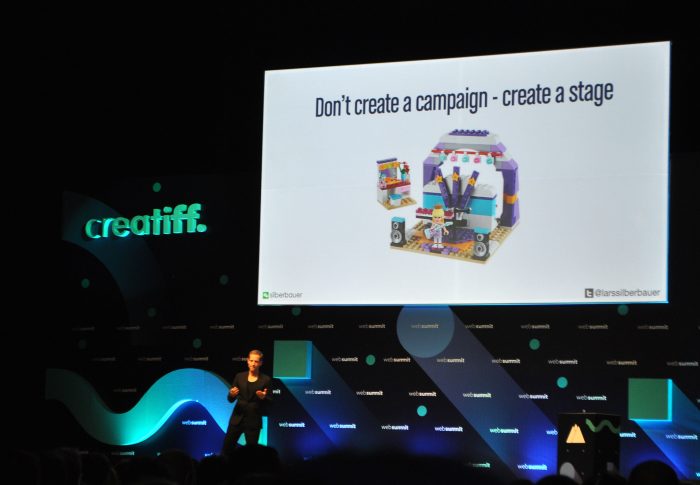 6. Work Agile in a childlike manner. 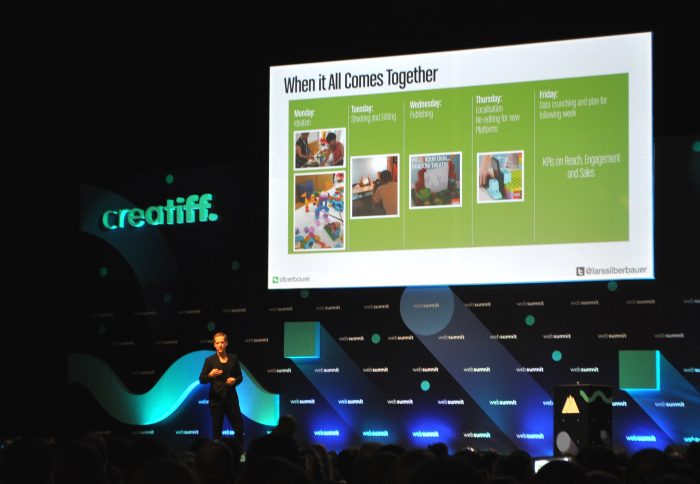 7. The Creative Power of the Community – For each piece of content we produce, the users produce another 20. 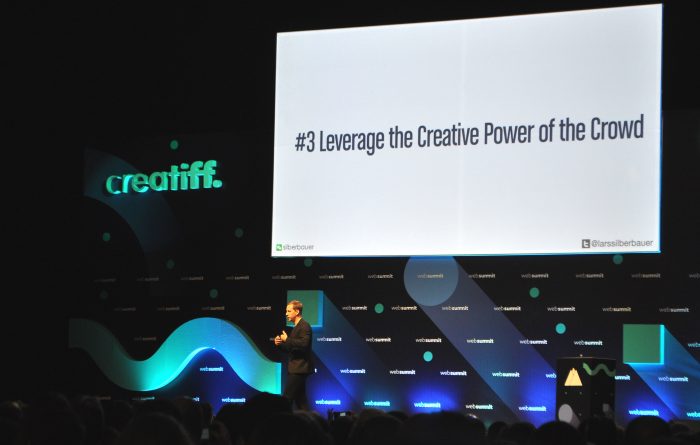 But how did LEGO do that?

a) The travelling George 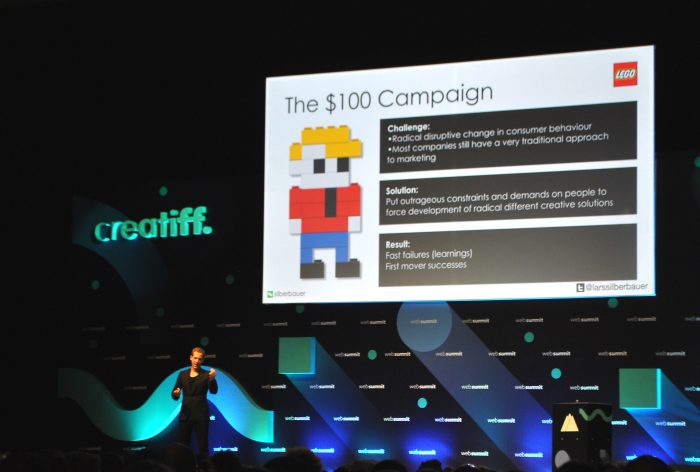 George is this funny LEGO character and everyone was invited to build their own George and tell the stories of where George is travelling. 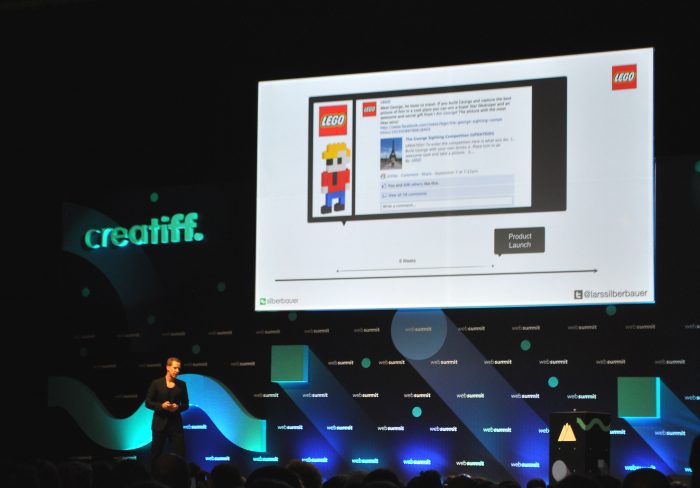 So George was taken all over the world and even got married! He is actually still very active, even though the “campaign” has ended. 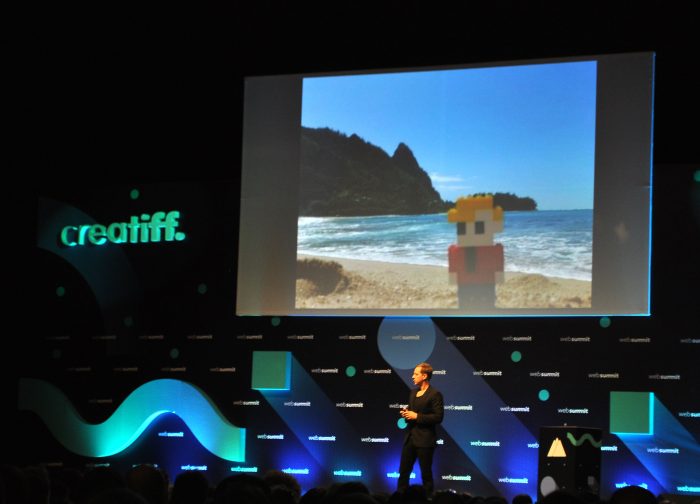 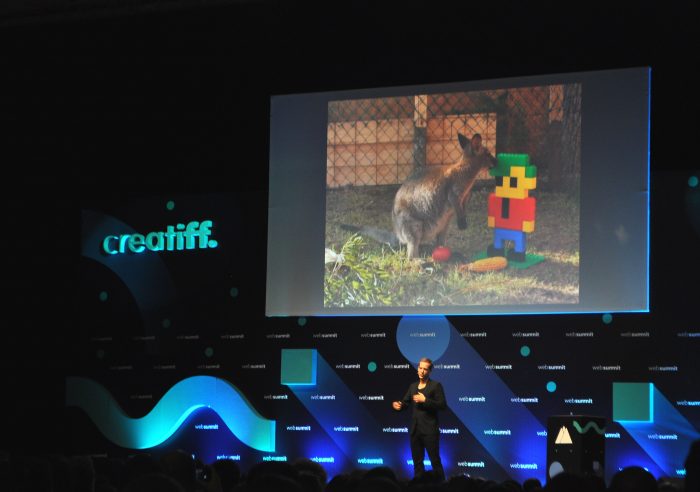 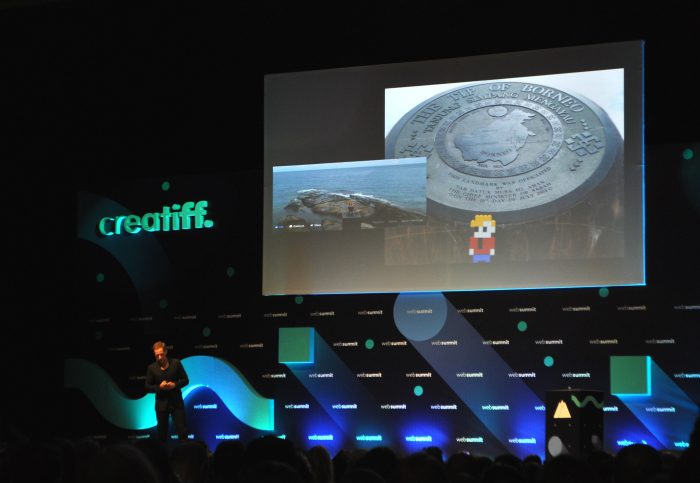 This is another super cool brand community activation from LEGO, presented by Lars in his other KeyNote at the WebSummit:

WebSummit is definitely an experience worth having, either you’re a techie, a social activist or a content maker. I worked my way up to the ticket (through volunteering) and you’ll soon see my thoughts on that as well.

Do go while it’s still in Lisbon, rumours have it that next year it might be the last there! 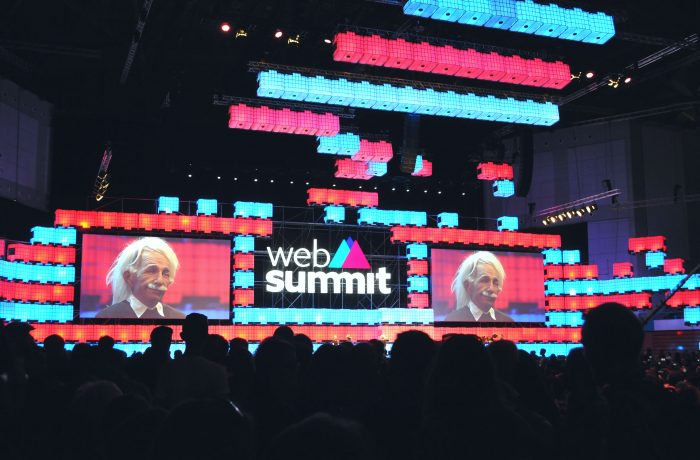 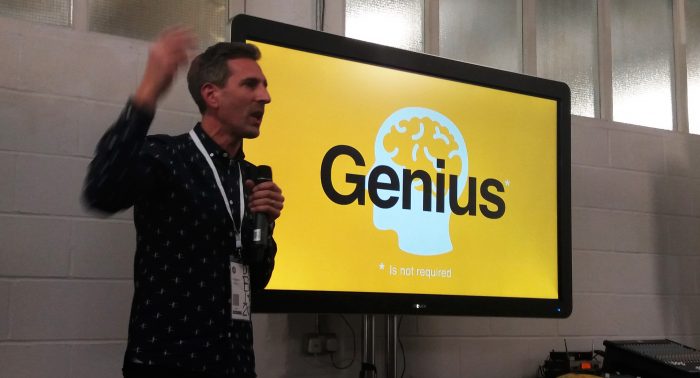 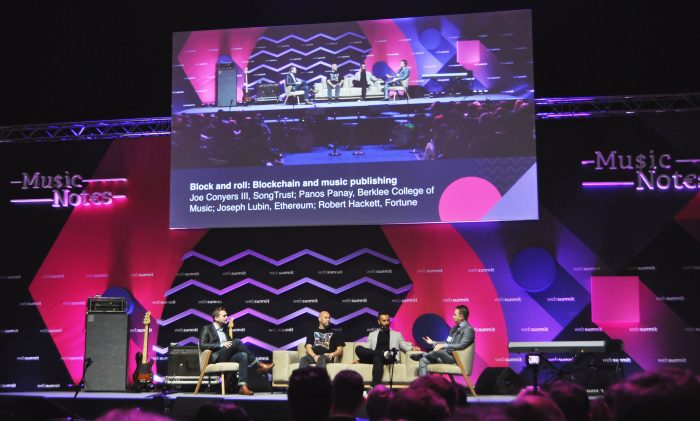 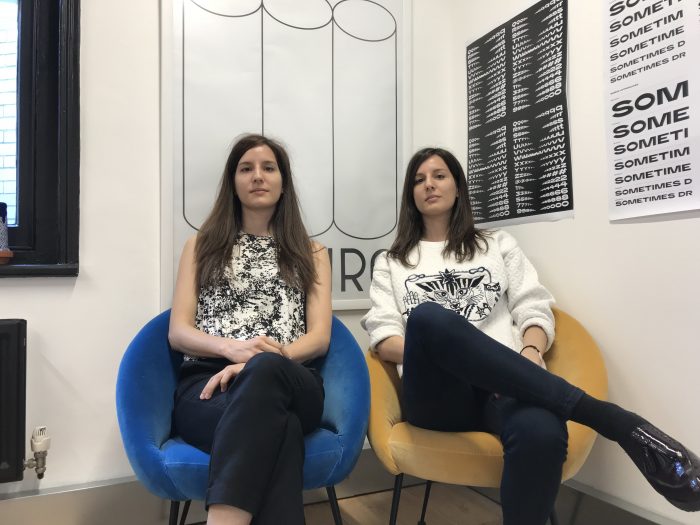